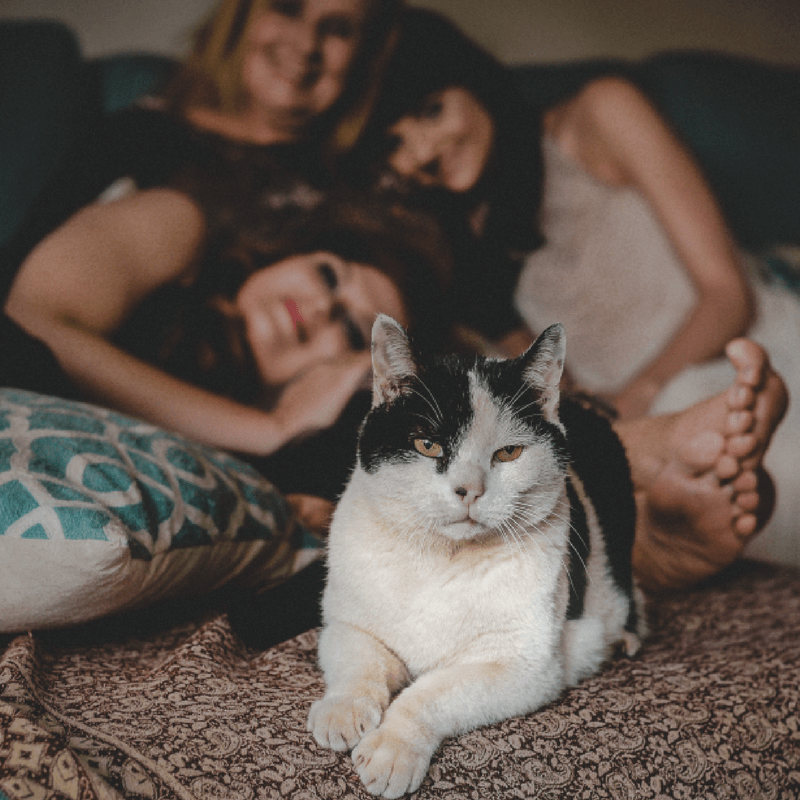 Cat people don’t need a blog to convince them of the awesomeness of cats. We… I mean they… just witness these little four-legged miracles, perfect quirkiness daily and document it by taking waaaaaaay too many pictures of them. But the 50 Jaw-Dropping Cat Facts below won’t just wow cat-fans; but will woo and challenge even the most avid anti-cat-grumps into being at least – a little impressed with our little feline halves.

#1 Cats have an organ that allows them to “taste” scents in the air; which is often why you catch your kitty with their mouth open in a weird way from time to time. 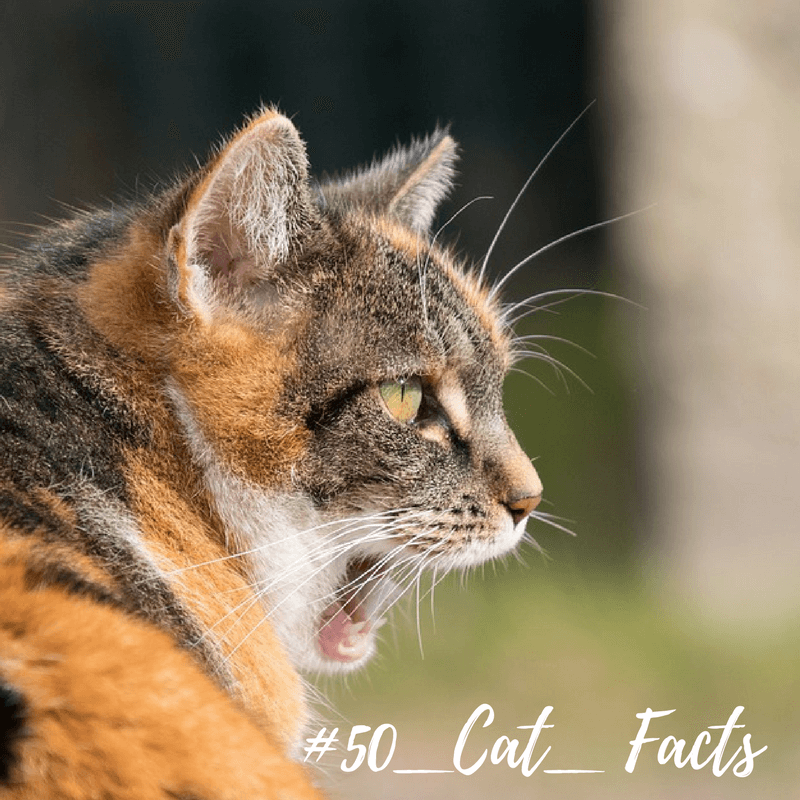 #2 Kitty’s have the largest eyes, in relation to the size of their head, of any other mammals.

#3 Cats soft, thick pads on their paws allow them to walk/sneak silently to their prey or your feet. 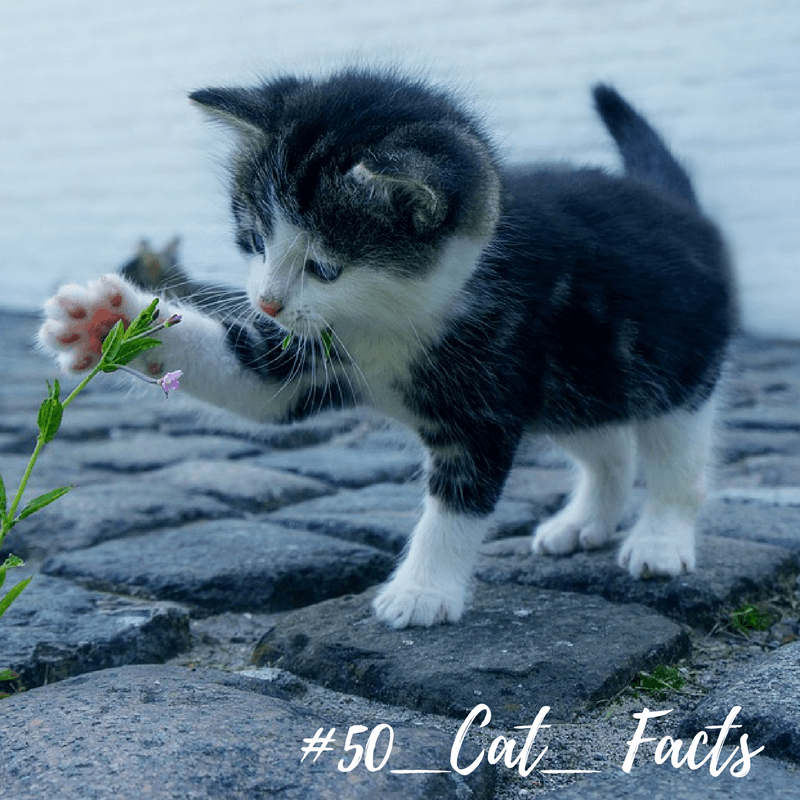 #4 Your kitties tongue is so rough that it can lick flecks of meat off a piece of bone.

#5 Ever wonder how your kitty is so balanced? It’s all in the tail. A cat’s tail helps them keep their balance when walking on narrow ledges. 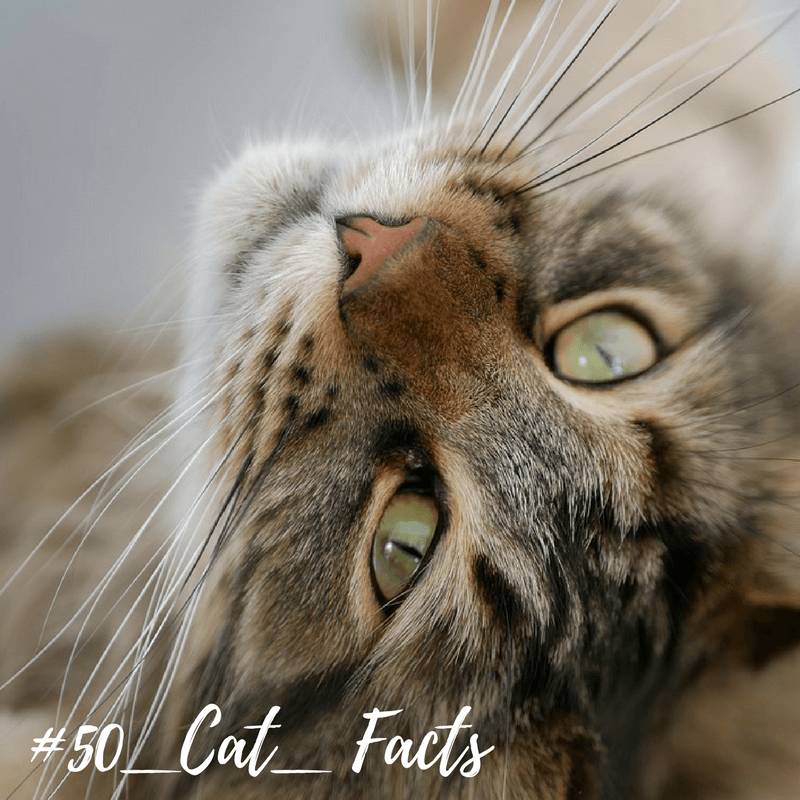 #6 Cat’s whiskers help your kitty “feel” their way around their environment; this is why their whiskers must NEVER be cut. Your kitty also has about 12 whiskers each side of its beautiful face.

#7 Walk like an Egyptian? Nope; your cat, your camel and your giraffe all walk with both their right feet and then both their left feet. No other animals walk like this. #catwalk 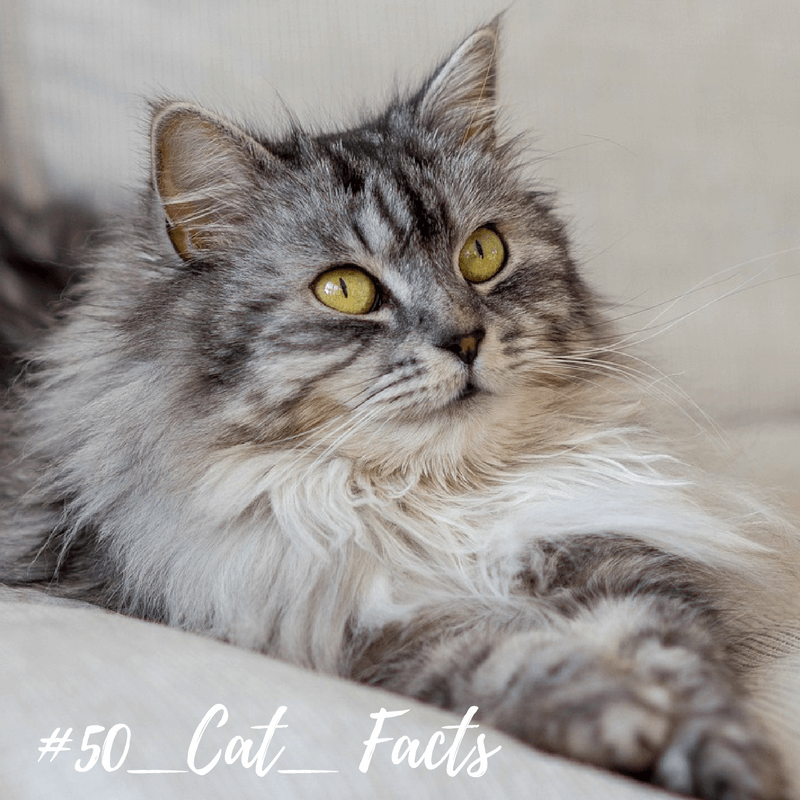 #8 Cats (like me – I wish) sleep between 12 to 16 hours a day – sometimes more! In fact, by the time your kitty is nine, they would only have been awake three years of their life. And while kittens have to sleep to grow (growth hormone is only released during sleep), adult cats sleep more for pleasure.

#9 Of those few hours that your kitty is awake a third is allocated to grooming. #priorities 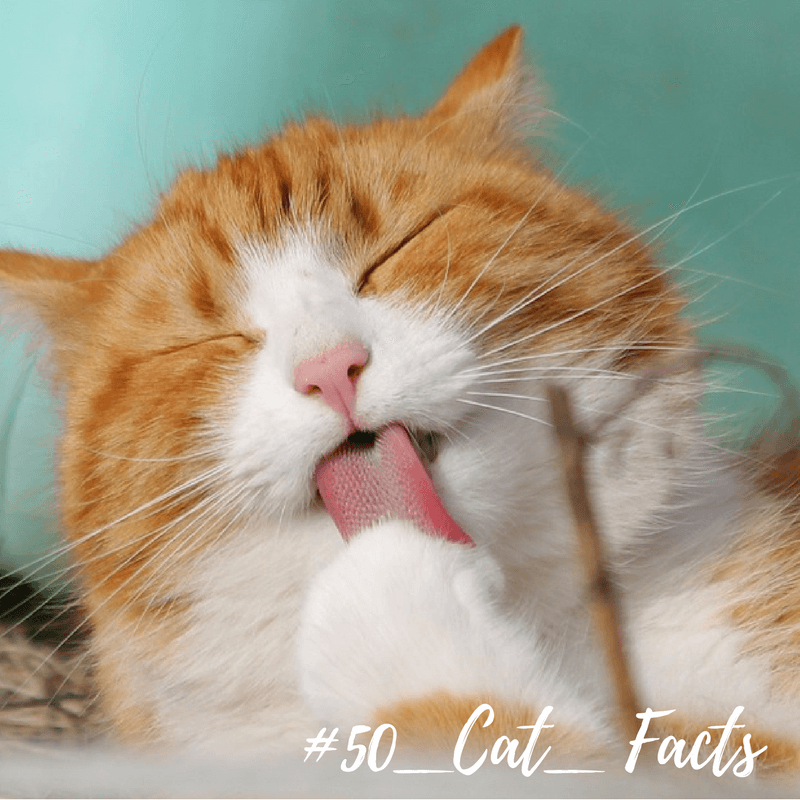 #10 Cats are most active during dawn and dusk; which is known as a crepuscular.

#11 Cats who stay indoors, live longer. Also, by neutering or spaying your cat, you add two to three years to their lives. 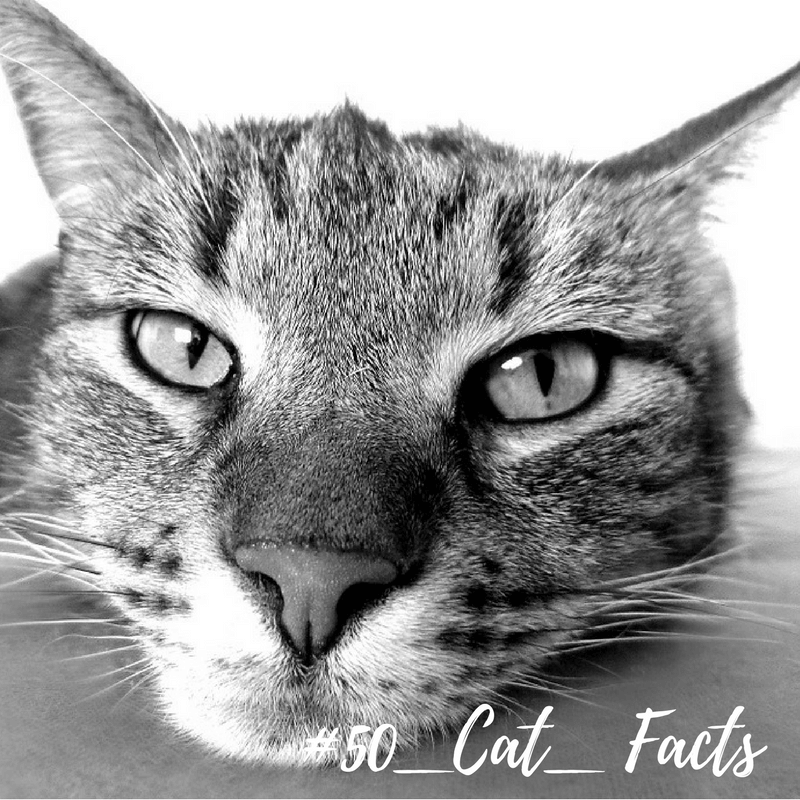 #12 Why do kitties purr? Because they are happy? Sometimes. Cats also purr when they are sick or distressed as a self-soothing technique.

#13 Cats will refuse to eat food they find unpalatable, to the point of starvation. 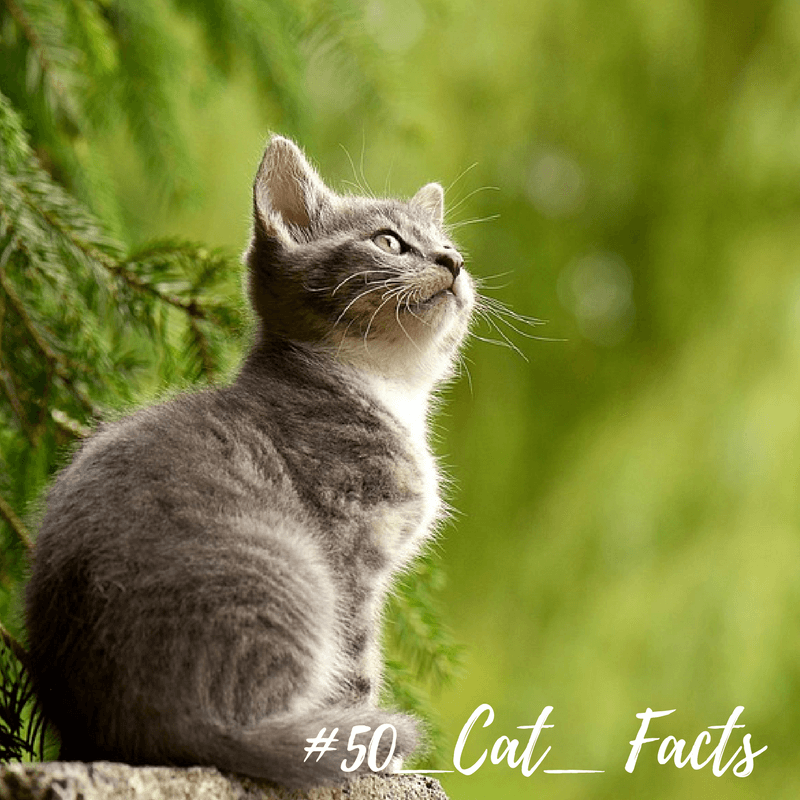 #15 The average amount of litters a fertile queen can have per year is three; with an average number of kittens in a feline litter being four to six. Therefore, theoretically, a female cat and her offspring can produce 420 thousand cats within seven years; with the sad reality of one in 12 of those cats ever finding a home, sterilising your cat is a must.

#16 Kittens should be spayed or neutered within the first five months of their lives, but they can already be spayed/neutered after eight weeks.

#17 If you keep your mouser active and playing during the day – he/she will sleep better at night. Feeding your kitties late at night may also assist them to sleep through (as if!). 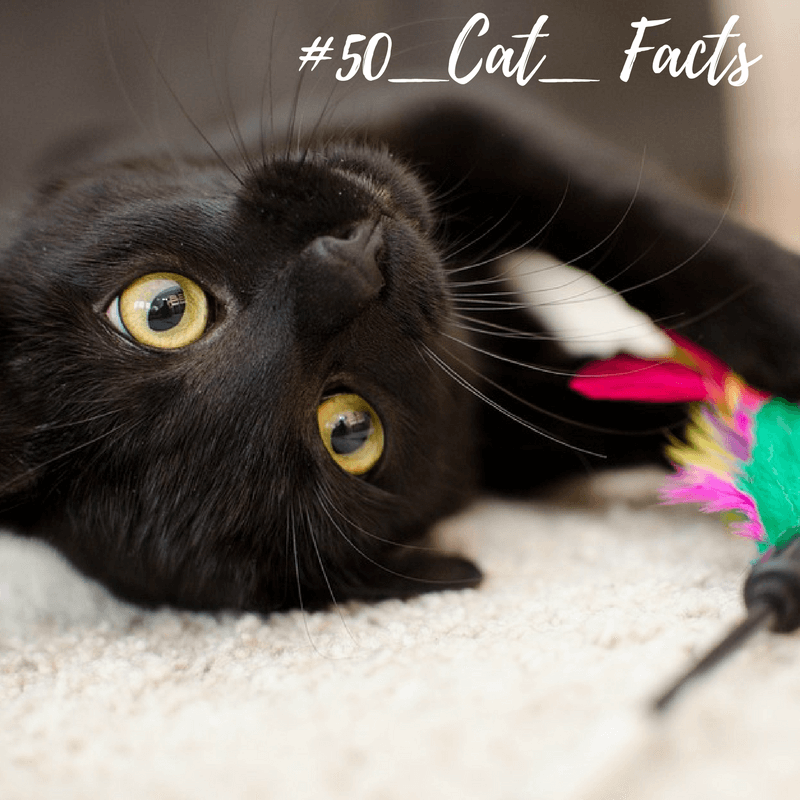 #18 Researchers believe that catnip (also known as cat dagga/marijuana) has a similar effect as marijuana or LSD, on cats (without the harmful side effects obviously). The chemical in catnip that makes your cat drool, roll around, get territorial over the spot and act like a lune is called nepetalactone. The side effects of catnip wear-off within 15 minutes. Interestingly, kittens under a certain age can’t smell catnip and tom cats are more susceptible to the “clutches” of catnip.

#19 Did you know that grooming helps your kitty’s blood flow to his/her skin, helps regulate his/her body temp and is a relaxing technique? If your kitty is gravely ill or under the weather, they won’t groom; but you can help them by slightly wetting a cotton pad and gently wiping their body – mimicking their licking.

#20 It is commonly accepted by cat behaviourists and enthusiasts that the slow blink aka. your cat staring into your eyes and slowly blinking, as the “kitty kiss”, and your tom and molly’s way of saying “I love and trust you”. And sometimes if you blink slowly at your kitty – they blink I love you back (don’t try this in front of dog lovers or sceptics; cats always ditch you if they feel your desperation levels are high).

#21 Cats have a unique language they “speak” with their owners – each cat has its own vocalisations, purrs and behaviours and only speaks this to humans (not other cats or animals). Yip, meowing is solely developed to interact with humans.

#22 Ever wonder why your cat rubs against you – especially with their heads? To mark you as their territory. 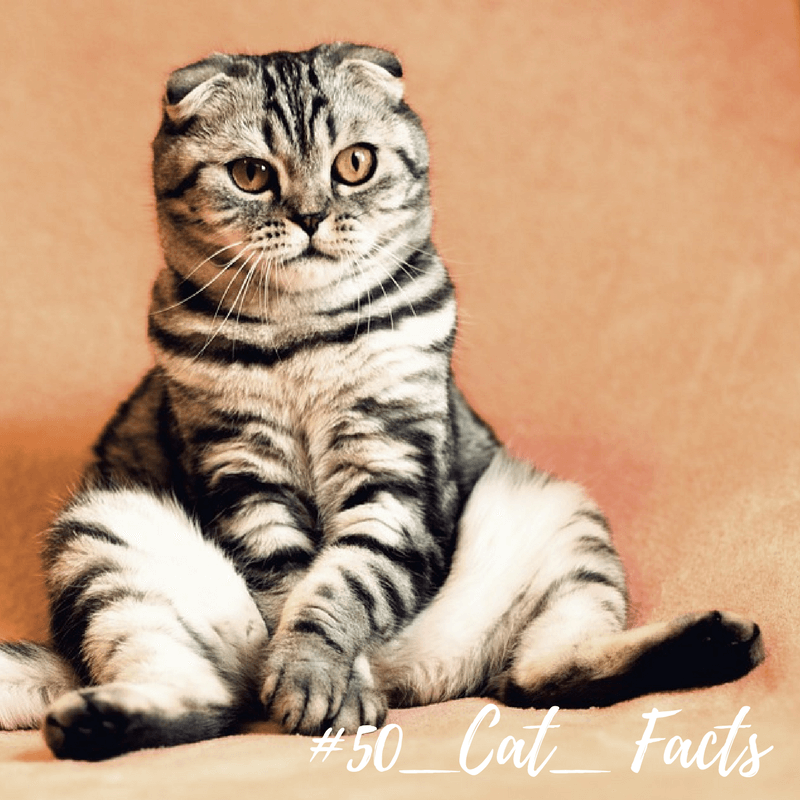 #23 Cats may yawn to end a confrontation with their fur brothers and sisters. It is basically the “whatever” in human terms.

#24 Hissing in cats is a defence mechanism and not a sign of aggression. It is a way to express stress or discomfort, or a way for your kitty to ask for more space. If two cats are fighting – the one hissing is the more vulnerable one.

#25 Ever wonder why your cat kneads a fluffy blanket before lying next to it? It is a sign of contentment as kittens knead their mommies when drinking milk.

#26 When a cat plops their bum in your face it’s a sign of friendship. Some friendship  🙂

#27 Cats are super fussy about their water bowls; they don’t like it near their food bowls and some often ignore bowls completely and prefer drinking straight out of the tap (or your glass).

#28 Cats love sleeping on your pillows or dirty laundry because it smells like you. Aaaaah… 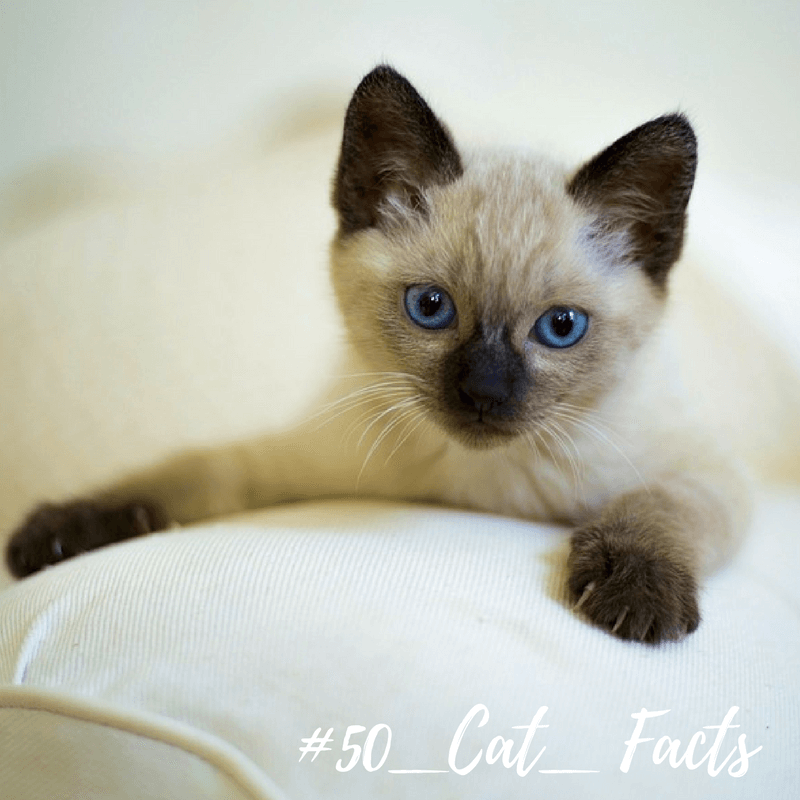 #29 Cats attack your ankles when they are bored.

#30 Cats hate the smell of citrus and vinegar (the perfect potty-training or stay-off aids).

#31 The collective nouns for cats are: clowder, cluster, clutter, destruction (nope), dout, glaring, litter, pounce, or nuisance (maybe if you are Hitler you’d choose that one).

#32 Cats can drink seawater and survive – talk about super kidneys. We can’t (before someone tries). 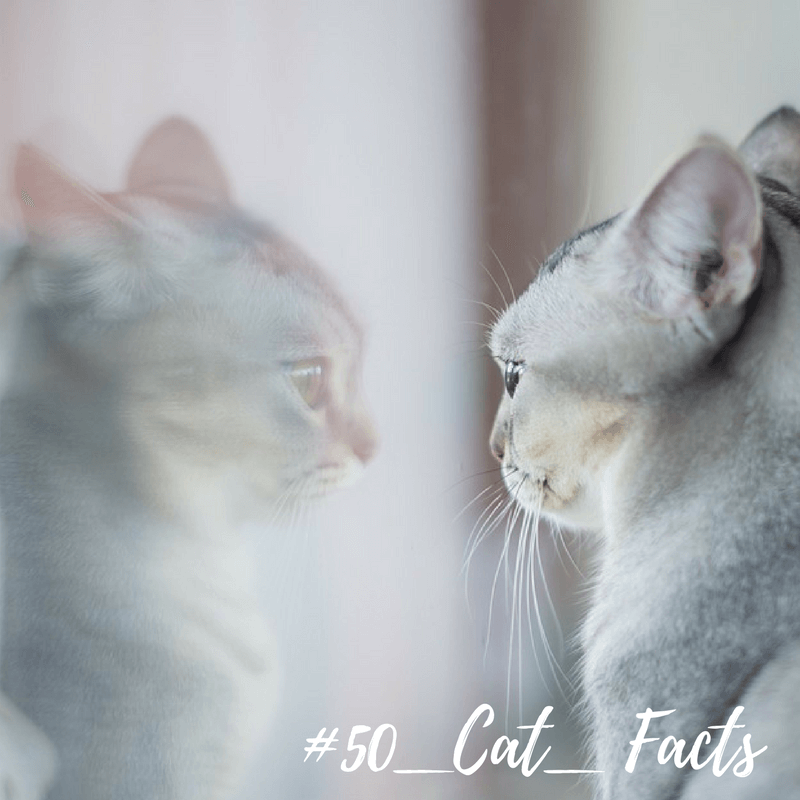 #34 Kittens of the same litter can have multiple fathers. Mollys or queens release numerous eggs over several days while on heat… many eggs for many toms but only one queen.

#35 The technical term for a cat’s hairball is a “bezoar” (after all this time 🙂 always). 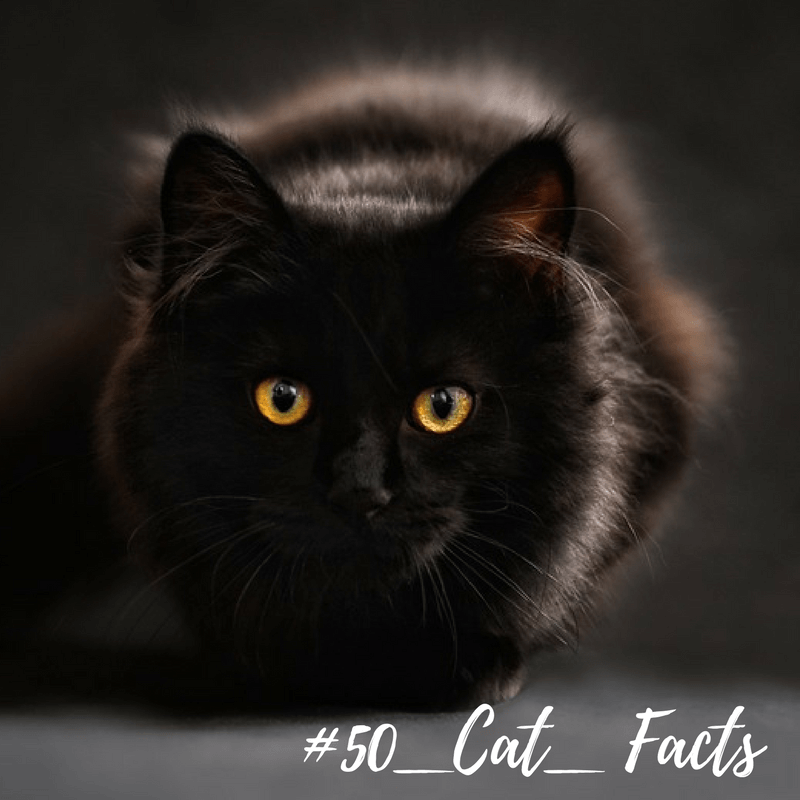 #36 Cats in history – in ancient Egypt, if the family cat died the household would shave their eyebrows and host elaborate funerals and wakes (drinking wine and beating their chests). The passed-on cat would be embalmed with a wooden mask, placed in the family tomb (or kitty cemetery) alongside tiny mummified mice.

#37 In the original version of Cinderella (the Italian version), the fairy godmother was a loving, kind cat.

#38 A cat can jump five times its height in a single attempt.

#39 Your kitty’s eyesight is both better and worse than humans. It’s worse because cats can’t see colours like humans (apparently grass is red for them – huh? Imagine!). But it’s better because cats can see in dimmer light and have a more extensive peripheral view. On the topic of sight – cats can’t see directly below them – hence the reason they often miss treats. 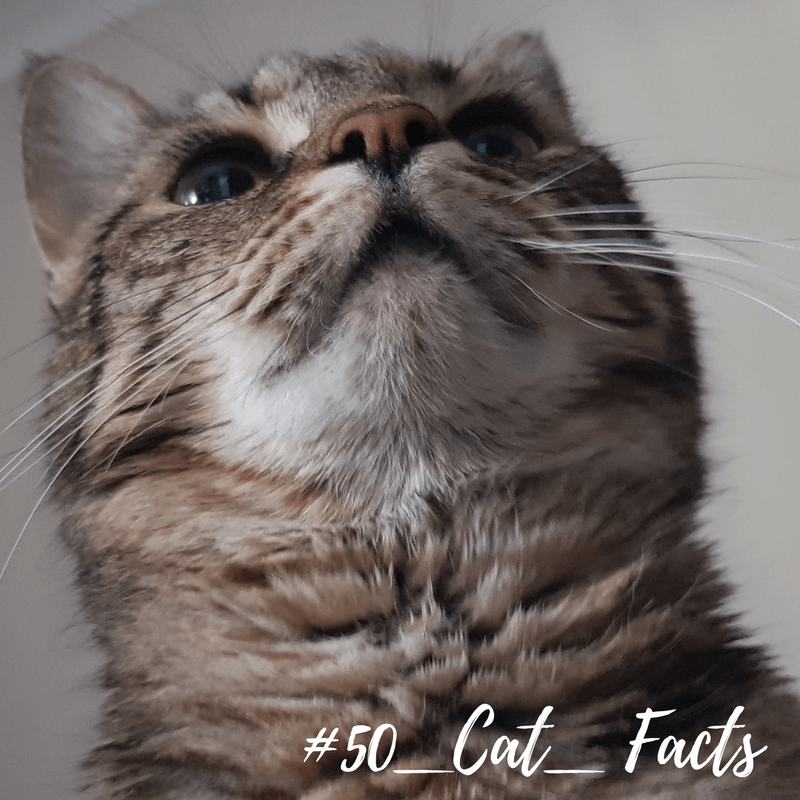 #44 Have you ever watched your cats ears? Fascinating aren’t they! Cats have 32 muscles that control their outer ear and each ear can independently move and rotate 180 degrees. 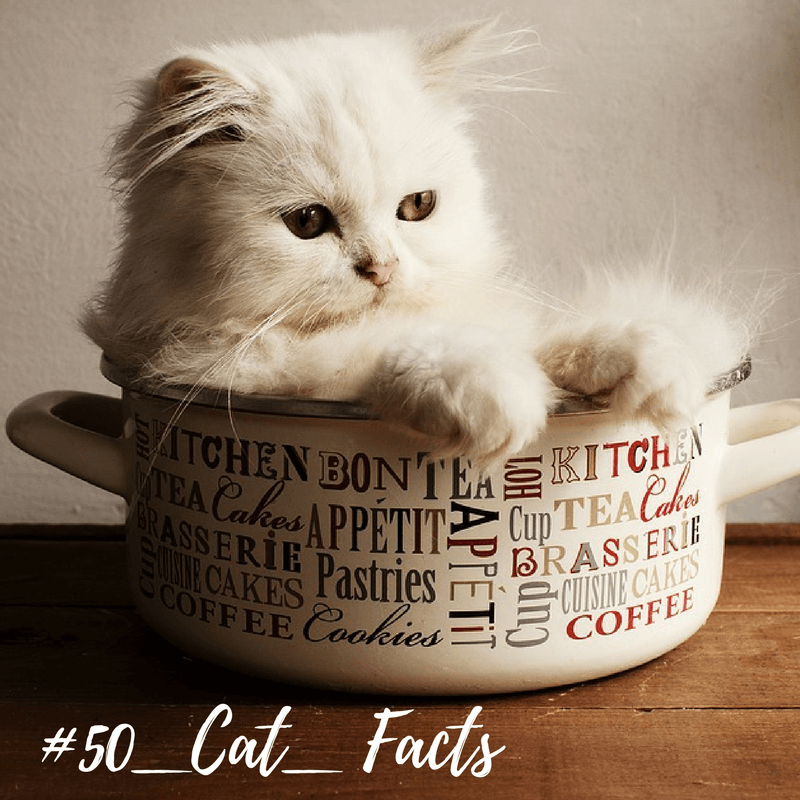 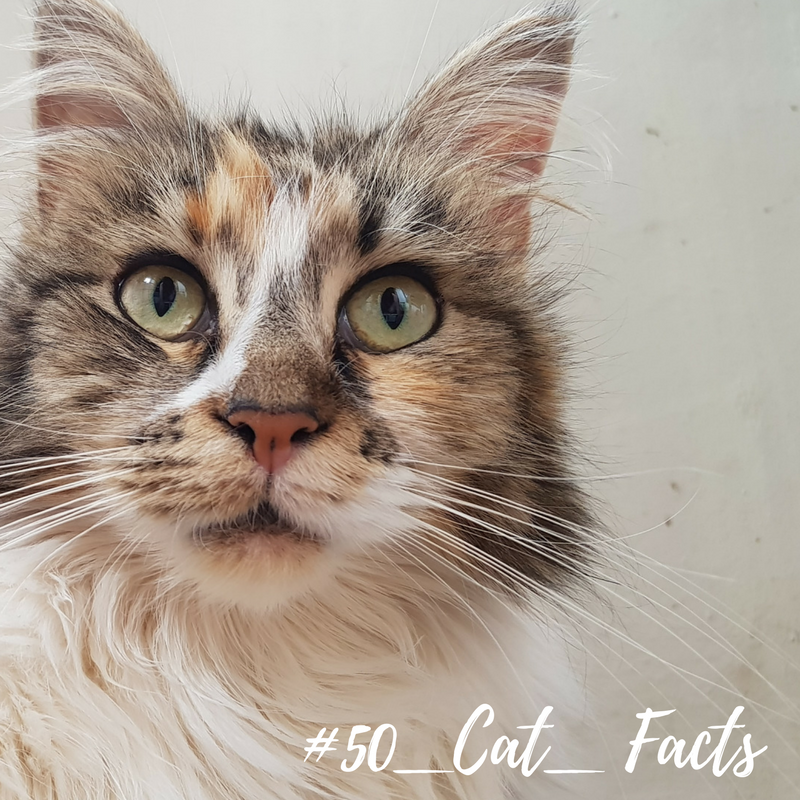 #47 Your kitty is extremely sensitive to vibrations and can detect an earthquake up to 15 minutes before humans can.

#48 Your kitty can beat Usain Bolt over a short distance sprint; because a domestic cat’s fastest speed is 30 miles (yes – MILES) per hour! 48,2 kilometres per hour. Three miles faster than Usain. MADNESS. 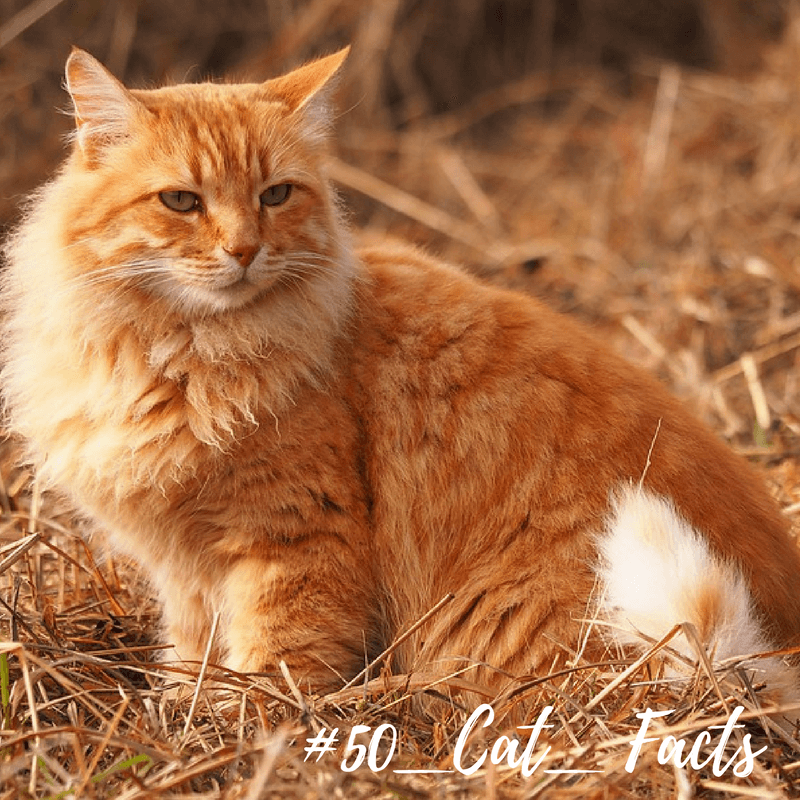 #49 Has your kitty ever made you feel paranoid for staring at an invisible object or pawing at something, equally invisible? Well, never doubt them again! At the Dutch Embassy in Moscow (Russia), the staff noticed that the two resident Siamese cats kept meowing and clawing at the wall of the building. Eventually, thinking they better investigate expecting mice or some infestation, uncovered spy equipment in the walls. Every time the equipment switched-on the cats would hear it and scratch at it.

#50 Cats are lactose intolerant – so no milk for your tom or molly. Read more about what is toxic for your cats here. 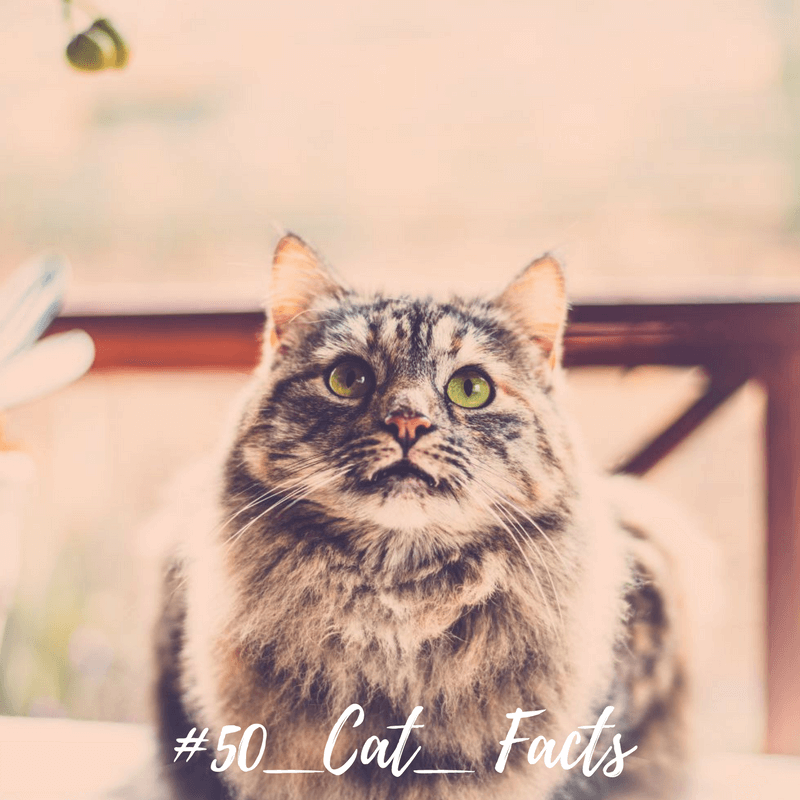 Aren’t our furry-feline better halves amazing! Thank you for reading 50 Jaw-Dropping Cat Facts.  Please feel free to drop a comment below or get in touch on social media. And for any blogger, sharing is caring … 🙂 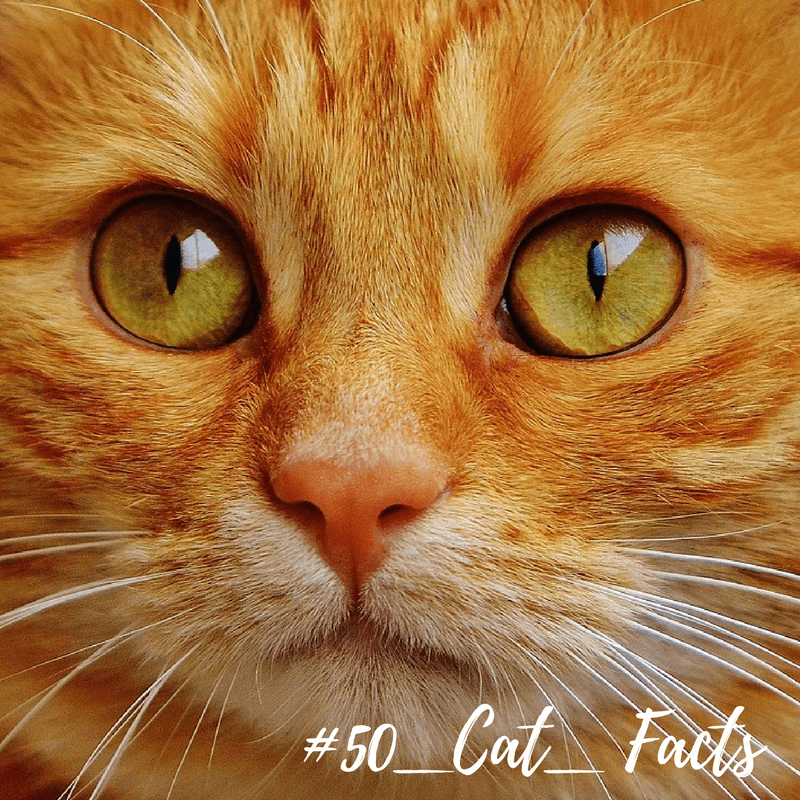 I believe in sparkles. I believe that you shouldn’t chase the quaffle if you see the snitch. I believe that fire is catching and if we burn, then everyone burns with us (in a good sparkly way).

I believe that good food shouldn’t be complicated and that it should always be fun. I believe animals should be respected, loved, protected and cared for.

I believe that life should be celebrated – especially with a Brut MCC and tart berries.

I believe in a thing called love … and this includes the absolute love of my country, South Africa. But most of all I believe…